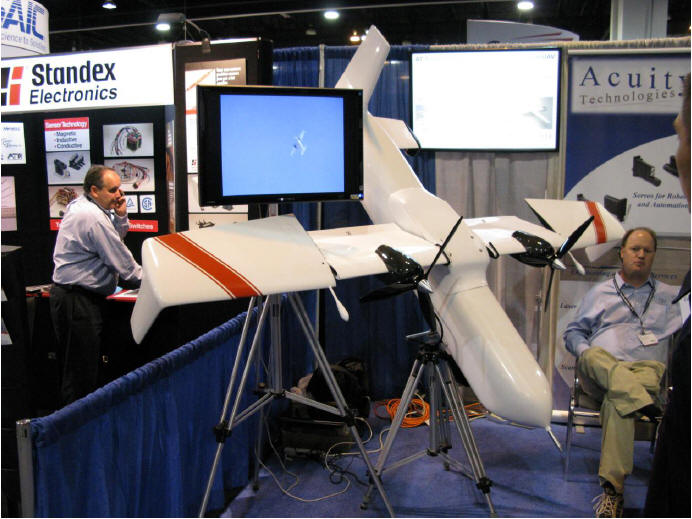 Above: The Acuity Technologies tilt wing unmanned aircraft on display at the AUVSI North America 2010 Conference. 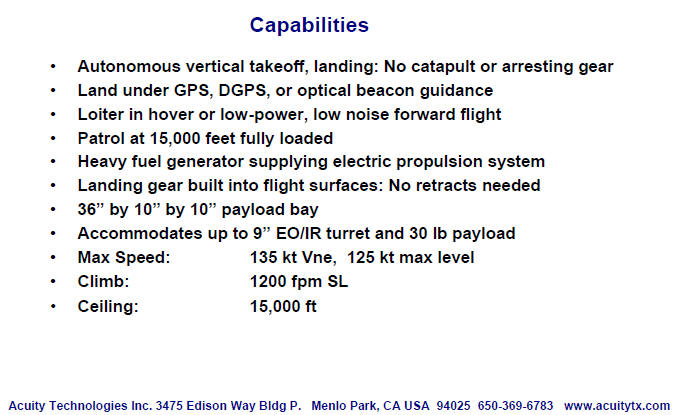 Above and below from http://www.acuitytx.com/pdf/AT-10%20Brochure.pdf

The Chiba University -developed UAV, capable of carrying a 5 kg payload, made the flight in February. It has been in development since 2004, funded by Japanese company GH Craft . The UAV has a mass of 23 kg, a wingspan of 1 m and is 1 m long. It has a top speed of 81 kt (150 km/h) and an endurance of 15 minutes. The prototype's rotors are electrically driven using batteries.

"We now want to make many types of QTW for the many different missions," says Chiba University department of electronics and mechanical engineering professor Kenzo Nonami, speaking on Friday 14 March at the 1st US-Asian demonstration and assessment of micro aerial and unmanned ground vehicle technology, held in Agra, India.

Describing an original mission concept for QTW of polar observation, Nonami also wants to develop a smaller, 500 g version of the QTW. 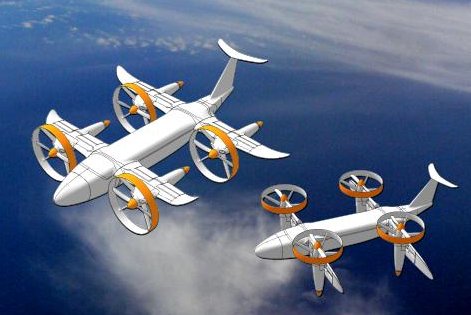 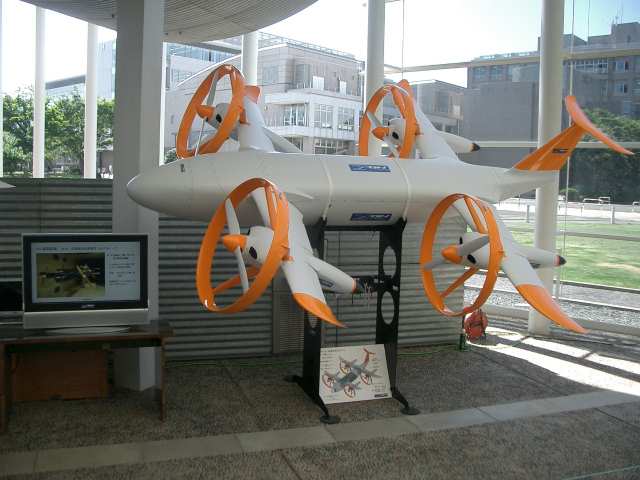